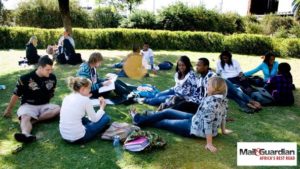 This was revealed in a hard-hitting report released by the Council on Higher Education (CHE) on Tuesday.

Poor academic preparation at school is “the dominant learning-related reason” for poor university performance – but there is “no prospect” that the schooling sector will be able to produce the numbers of adequately prepared matriculants that higher education requires “in the foreseeable future”.

These are among the starkly dismal facts the CHE report powerfully presents in arguing the need for radical changes to undergraduate degrees.

The main change the document proposes is extending undergraduate degrees by a year. This is the platform of a raft of proposals the report says are essential if South Africa is to have any chance of producing the numbers of good-quality graduates it needs for “all forms of social and economic development”.

Scott told the Mail & Guardian earlier this year that “by and large the patterns [of dropout, failure and graduation] have remained the same” since the most reliable means of measuring these trends were first employed 13 years ago.

The CHE team’s 260-page document pulls no punches in making the case for radical reform. The bleak picture of higher education includes “major shortcomings” in overall graduate numbers, in equity, and in the proportion of the student body that succeeds.

“Despite there being a small intake that has good academic potential, performance in higher education is marked by high levels of failure and dropout,” the report says. For example:

– “Only about one in four students in contact institutions (that is, excluding Unisa) graduate in regulation time (for example, three years for a three-year degree);
– “Only 35% of the total intake, and 48% of contact students, graduate within five years”;
– “When allowance is made for students taking longer than five years to graduate or returning to the system after dropping out, it is estimated that some 55% of the intake will never graduate”;
– “Access, success and completion rates continue to be racially skewed, with white completion rates being on average 50% higher than African rates”; and
– “The net result of the disparities in access and success is that under 5% of African and coloured youth are succeeding in any form of higher education.”

‘Dysfunction’
Higher education needs “between twice and three times as many well-prepared entrants as the pre-tertiary sectors [schools and colleges] are currently producing – around 100 000 additional candidates”, the report says.

But neither the schooling nor the further education and training (FET) college systems make this achievable in the “foreseeable future”.

Although “the level of dysfunction in schooling must continue to be a primary focus of corrective effort, [the report] has concluded that the overwhelming weight of evidence from current analyses of the school sector is that there is effectively no prospect that it will be able, in the foreseeable future, to produce the numbers of well-prepared matriculants that higher education requires”.

The report is similarly sceptical about FET colleges, saying their “priorities and capacity” will not enable them to produce “a substantial proportion of the well-prepared candidates for higher education that would be needed”.

“In these circumstances, a choice has to be made by the higher education sector: between, on one hand, allowing the status quo to persist, and, on the other, undertaking to act on factors that are within its control to address the systemic conditions impeding student success.”

‘Duration and flexibility’
The report argues unequivocally for the second choice, in particular to introduce what it calls a newly “flexible curriculum structure”. Two of its fundamental elements would be:

– “Duration: To meet the needs of the majority of the student intake, the formal time of all current three-year degrees and diplomas, as well as current four-year professional bachelor’s degrees … should be increased by one year”; and
– “Flexibility: To provide effectively and fairly for diversity in preparedness, the new curriculum structure should be flexible to allow students who can complete a programme in less than the formal time to be permitted to do so.”
– The report includes a comprehensive financial analysis showing that the increased costs of its proposal to lengthen degrees would be significantly “outweighed” by the improved rates of graduation.
– “The overall conclusion of the analysis is that implementing the new structure would be financially viable, and would constitute the most resource-efficient way of achieving substantial graduate growth,” the report says.

The report is open for public comment until November 29. It can be downloaded from www.che.ac.za

You should only start this application if you have received an acceptance letter from our Admissions Office confirming the student’s placement at Alma Mater International School. We are unable to confirm a student’s enrolment until all the instructions on the online application, and all required documentation has been submitted and reviewed.
Confirm