Why Borderless Learning at Alma Mater?

Every parent wants his child to succeed and we all know that the advice given to us as youngsters simply don't cut it anymore. In addition, we are concerned about everything from climate change to artificial intelligence destroying future jobs. We are constantly reminded that change is the norm and that we need to adapt. “All failure is failure to adapt, all success is successful adaptation”- Max McKeown. Nowadays most educationists believe the answer lies in teaching the well-known 21st century skills to flourish in the future. We believe every school should make this their focus while constantly adapting to changes in their environments and actively removing borders between learning environments.
Which environments specifically should we be adapting to?

School is supposed to prepare students for university. University should be preparing students for real jobs. These are linear steps to follow and they take years to complete. By the time you get to the end of university the job you thought you would be doing does not exist anymore.

The three environments are very different. We have designed it in three steps to align with the child/student's mental and emotional development. Also, theory is applied very differently in all three. Being exposed to all three at the same time will achieve the following:

1. Students understand WHY they need to study certain theory.

2. They understand the end.

3. They see the complete process/picture.

4. All the above will have a positive effect on motivation.

5. Just experiencing these environments will get the students to think differently.

6. Teachers and lecturers can lose contact with the end goal. This will help the teachers to get their thinking out of their classroom.

7. Students are actively involved in their learning.

8. They feel they are contributing to society. No need to find a job first! 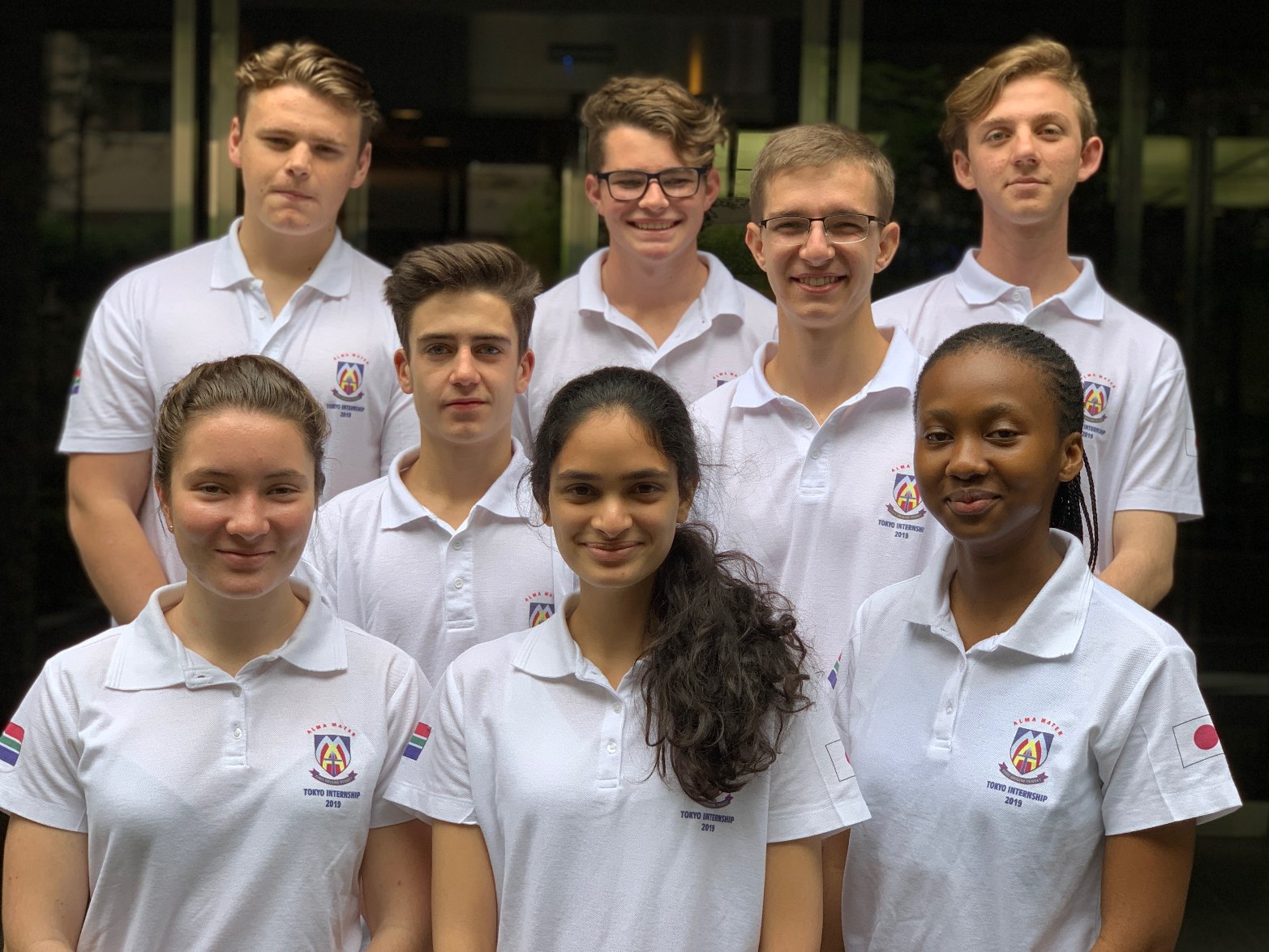 Now if we could bring both to school level, imagine what impact it will have on learning and of course career choices.
Preparing a child for an assessment is not the same as preparing a child for a successful future. Success in the former does not mean success in the latter. The artificial borders between the two and the chances of success improves greatly. Step outside the subject classroom and apply the content to a real environment and everything changes. Borders evaporate.

If the world is becoming borderless, should the same not be happening to learning? Social media has made communication borderless. Bitcoin calls itself a borderless currency. Families all over the world are traveling more than ever before.
Some selective degree courses want their students to complete at least a part of their degree overseas before the home institution awards their degree. International Schools are growing at a rapid rate all over the world. Some schools are promoting open learning spaces. There is a curriculum design philosophy that wants to remove all borders between subjects.

Adapting to the environment means being aware of the constant changes universities are making to their entrance criteria.
One should not wait for the university to teach coding or how a 3D printer works. Bring the university to school. The division between school and university is an artificial one. Teachers and lecturers must collaborate much more. University research topics must benefit communities and involve children. Learning must be borderless.

Every school is within a specific community, employs unique staff, registers children with different gifts, and have parents from every possible expertise. All of these should be leveraged together to achieve the maximum learning experience.
Learning must be borderless.

It goes without saying that diversity is a critical ingredient. The more diverse the staff and student population the better we prepare our children for the future. We cannot educate our children exposing them to teachers from only one country.
Mathematics, like all the other sciences, belongs to the world. Learning must be borderless.

Every individual is part of some or other online community. This is the context in which we need to teach these skills and constantly adapt to. Social media and electronic devices are here to stay, and it should be part of the learning experience.
Technology has blurred borders. 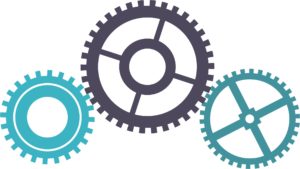 Sciences no longer operate in silos. Engineering and medicine have merged to design and build artificial limbs that can read the mind. Learning must be borderless.

Academic content must come with skills that can be transferred from one context to the next.

Drones and the Internet of Things (IoT) might be all the rage right now, but in a few years' time it could be replaced by something completely new.

So often as educators we want to sanitise the learning content. We want to put things into silos. Yet, when our students leave school they are presented with the opposite.

Why the need for Borderless Learning? 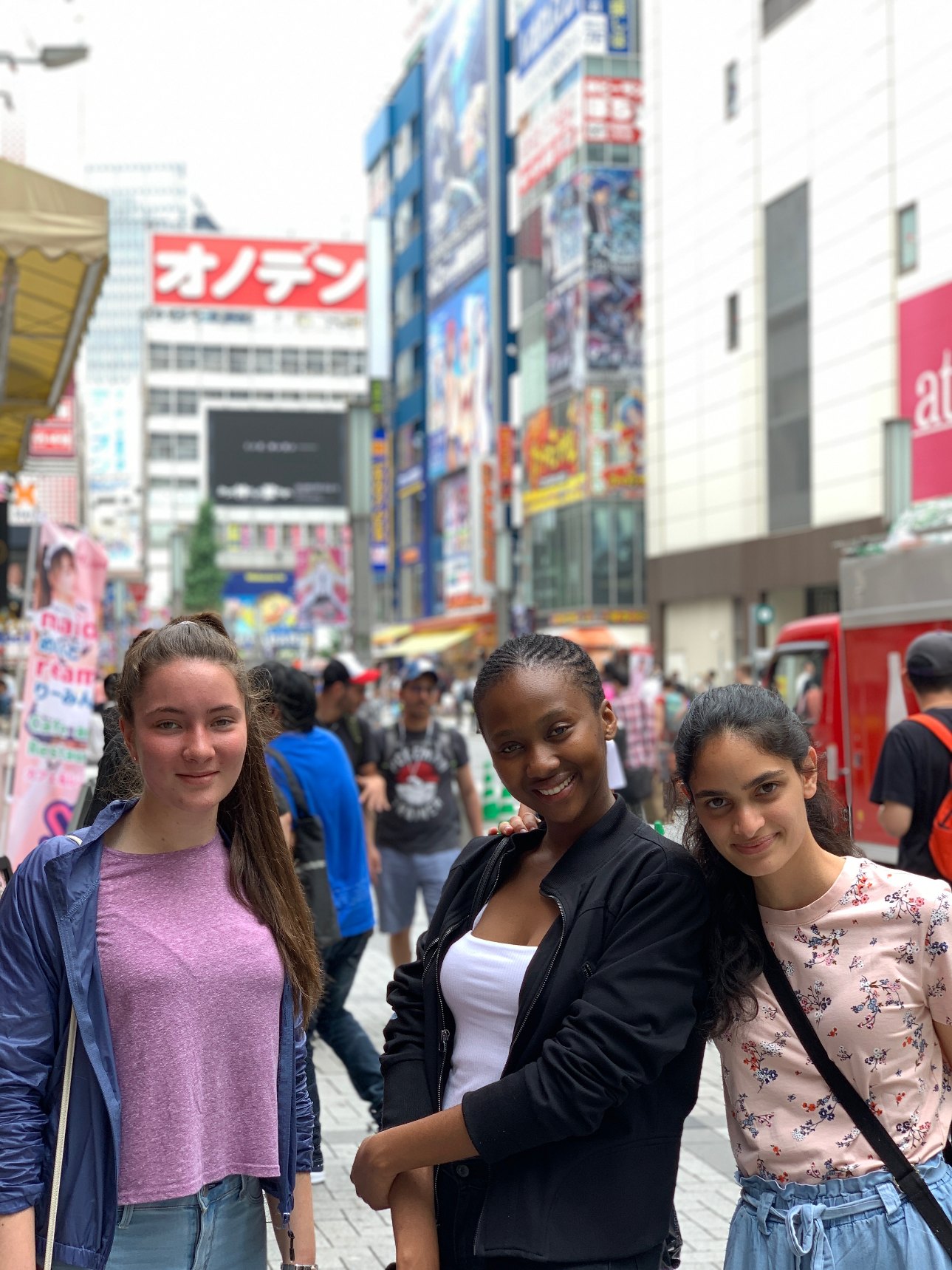 Completing three A Level courses through Alma Mater with its unique learning approach will give a student the following advantages:

A qualification highly valued by the world's best universities.

An international experience that goes beyond physical borders.

A learning experience that transcends the normal school and university divide.

A personal resume, statement, that meets the entry requirements of the best international universities.

“But, what we're seeing and hearing from education agencies and international students is that an overwhelming proportion of students don't want any part of a combined academic – ESL pathway programme. Instead, they want to be assimilated, integrated, and to follow the same academic progression as domestic students”.

What will the student be doing?

We recommend two internships: One at a university and the other in an industry/real job environment. The tool we use is a research project for both.
Research is both problem-based learning and project-based learning. Physical borders between school, university and industry disappear. Subject content borders disappear as well.
Research essentials are introduced to the students as early as Lower Secondary (Ages 14 to 15). This subject focusses on
building valuable skills of research, the use of referencing, and helps students build interests in research projects.
Completing the Cambridge IPQ within the final two years of A Level (Ages 17 to 18). 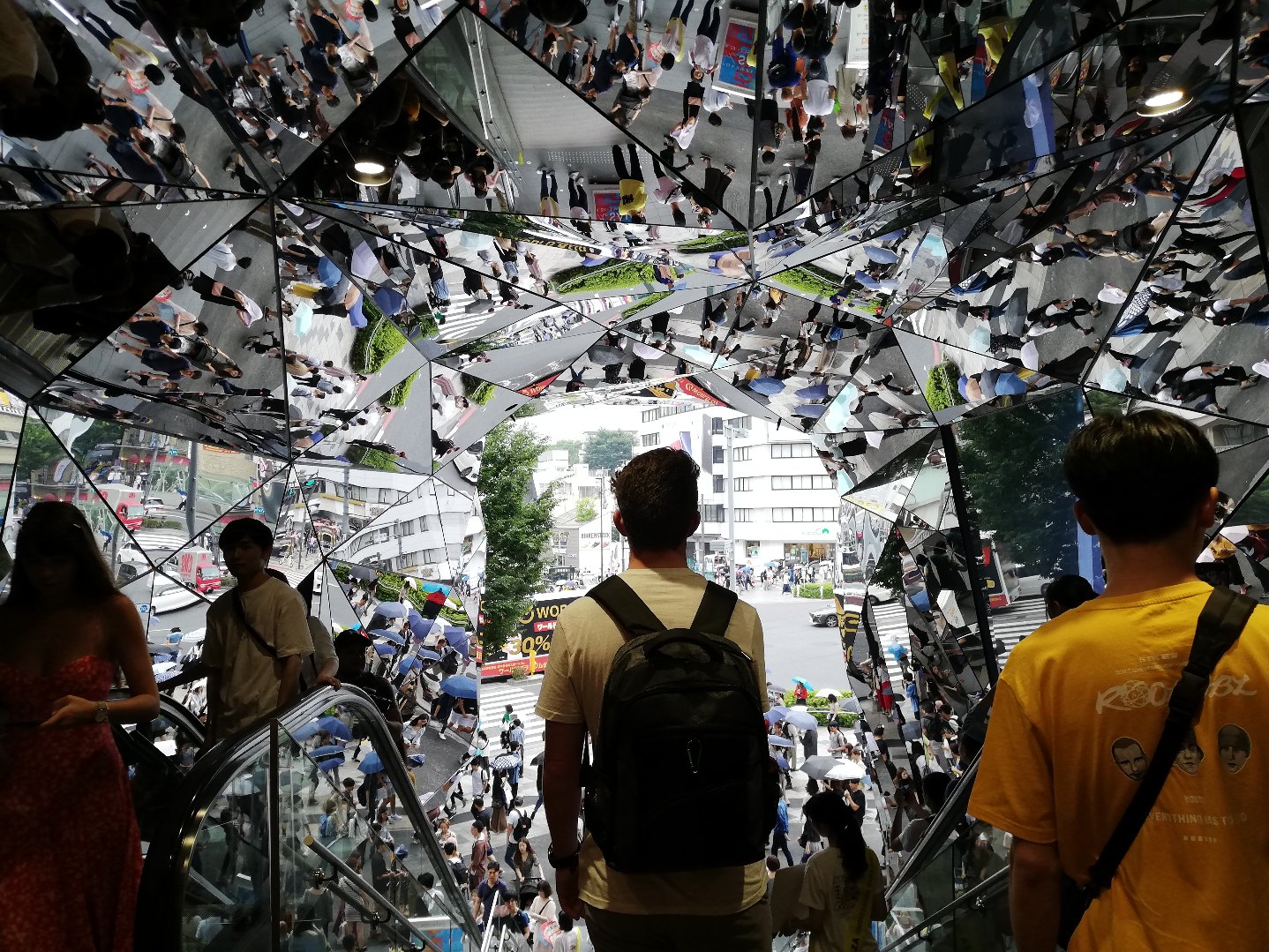 What is the IPQ?

These students will also complete the Cambridge International Project Qualification (Cambridge IPQ) which is an exciting new project-based qualification. Students have the opportunity to develop skills by carrying out research into a topic of their choice. Taking Cambridge IPQ allows learners to demonstrate engagement with their chosen topic beyond preparation for an exam, helping them to stand out from the crowd with university and job applications. 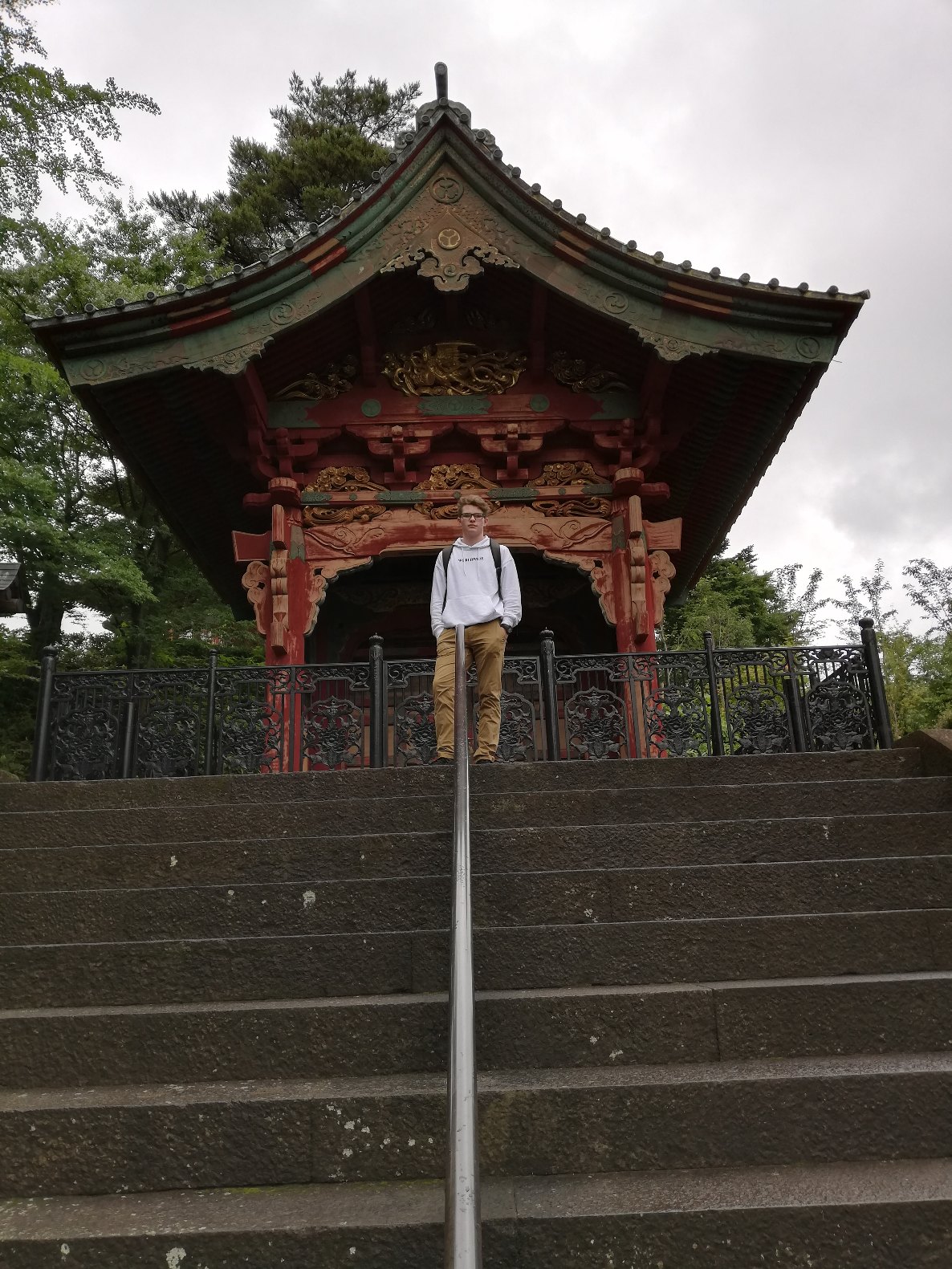 Who is Cambridge IPQ for?

Cambridge IPQ is typically for learners aged 16 to 19 years.
It is ideal for students who want to extend learning beyond their Cambridge International AS & A Levels and are looking for an opportunity to stand out from the crowd when applying to universities and employers. Studying for the Cambridge IPQ allows learners to demonstrate engagement with their chosen topic beyond preparation for an exam. Academic evidence suggests that this sort of deeper engagement will help develop their ability to be life-long learners.

What will students learn?

This is a skills-based qualification. Learners develop higher-order thinking skills that universities and employers look for, including analysis, evaluation and synthesis. It also builds their research, reflection and communication skills. 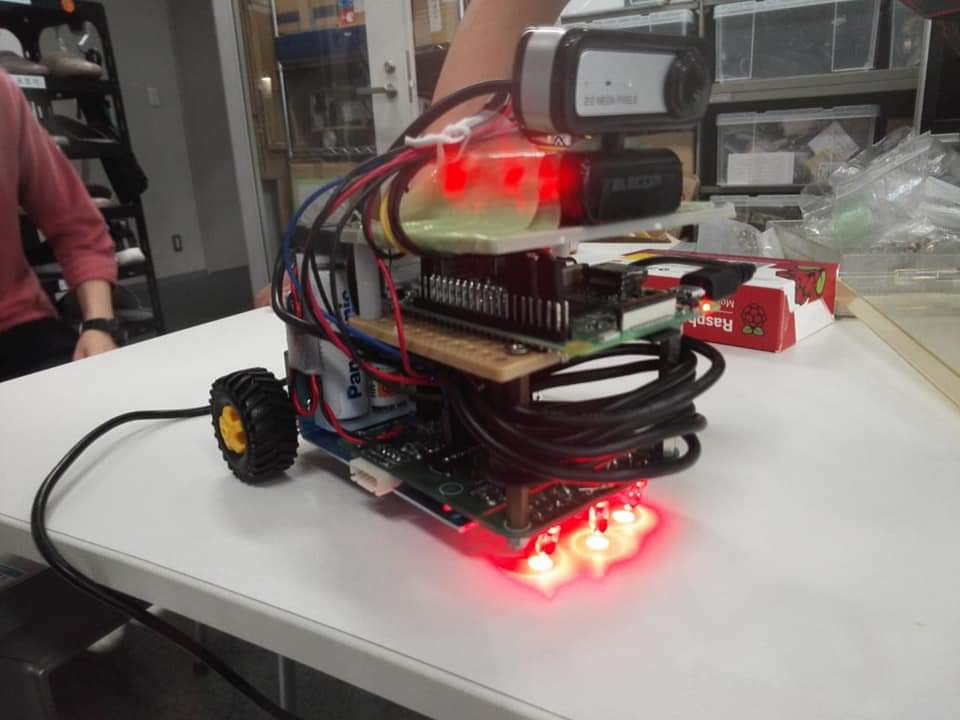 What will students do?

Learners complete a 5000 word research project on a topic of their own choice. They can choose a subject to complement one of their Cambridge International AS or A Levels, or a topic that they are passionate about. They devise and develop a research question, conduct research to answer this question, record their progress in a research log and write a research report. 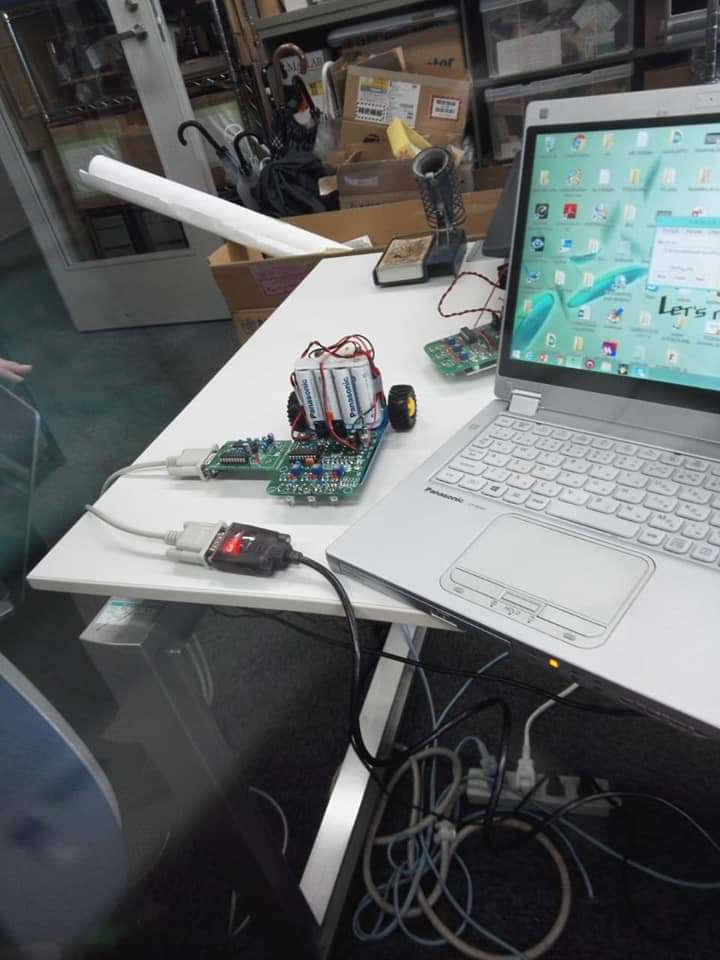 In consultation with their teacher who will support them, students will: 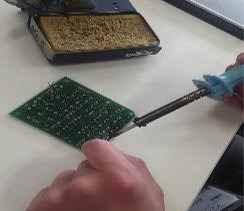 How is Cambridge IPQ assessed?

Cambridge IPQ is a single component that is externally assessed (all projects are marked by Cambridge examiners). Students will be eligible for grades A* to E. Although it is a standalone qualification, it will be graded by Cambridge at the same standard as a Cambridge International A Level.

What skills will students need?

The Cambridge IPQ builds on the knowledge, understanding and skills typically gained by candidates taking Cambridge IGCSEs or O Levels. We recommend that learners who are beginning this course have attained communication and literacy skills at a level equivalent to Cambridge IGCSE/ GCSE Grade C in English.

View some of our recent projects:

The announcements made by our President will have a direct impact on the day-to-day activities in our lives and specifically at Alma Mater International School and College. We urge our parents and students to support every effort by the Government to contain this virus in order to restore normality to our lives.  Kindly visit The South African government's Covid-19 portal at sacoronavirus.co.za for more information regarding the COVID-19’ regulations.